As It Grows Near 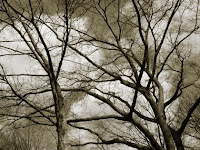 Gordon Jensen penned his signature song many years ago, "Redemption Draweth Nigh." The lines go:

Back in the mid-seventies as a new believer, I really thought things were pretty bad then. I thought Gordon's song was so apropos for that time period. I honestly didn't think I would see the year 2000. I really thought Jesus would have parted the eastern sky by then. So, here we are in 2008. I was thinking over my life the other night in great detail. Sitting alone in my mother's favorite old chair that I've been able to keep since she passed away, many thoughts came my way.

When I was a boy I never would have believed some of the things that I've been allowed to do in this life the Lord has granted me. You see, about four years ago, a pain has come my way that truly has become my own "thorn in the flesh" so to speak. With that being said, God has truly given this Ohio boy more blessings than I ever deserved!

Most who know me would chuckle at me saying I am shy by nature. Actually, I am. But, somehow with God's help, I came out of that shell. I was able to go into broadcasting and speak to many on the air-waves. (It would have been much easier for me to actually be an engineer or just run the potentiometers on a control board.) I stood before crowds and had the honor of introducing many Christian artists I loved. I have preached in Pentecostal, Nazarene and Baptist churches on a few occasions, ministered to youth and this is hard to believe... I led music for one church. Thank the Lord we had a small crowd! I don't have the singing voice. That's why I relied on my speaking voice instead. I've traveled all over the country, been to Germany and France, swam in the ocean, seen the Grand Canyon, the Pacific ocean, and more.

I've also had some very dark days in my life as well. The end of a covenant in 97 that about destroyed me. Lost a nephew due to an unfortunate accident that happened to him, lost my mother in 2002 and lost the love of my life years ago. Then, on top of that, I developed the above mentioned pain that I live with. There were days I didn't think I'd live through. Yes, I've had some dark days in this life.

I said all of that to say this: all-in-all, I'm still thankful. I'm thankful to a God that didn't have to save me but he did anyway. He looked down upon me and called me unto himself. I'm so thankful to an old Baptist preacher by the name of Oliver Greene that wrote a tract called, "The End Of The World." I knelt by my bed in June of 1973 and committed my life unto the Lord. I looked out my bedroom window in that old farm house and knew I wanted to change my world for Christ. I started passing out tracts, it seems, by the hundreds. Then, later God sent me to Toledo Ohio and I was able to go into Christian radio.

Is God done with me? No, not until he says so! I do want to epilogue this post though. The above mentioned things that I accomplished weren't said in any form of pride. I know that "any" ability or gift that I ever had came from the Father of Lights. In myself there is no good thing. I'm only useful as an empty glove that the master puts his hand into, to use for his glory. When I see him, "if" there are any crowns that he would give me, I will gladly give them all back to him! There's also an old song that says, "I owe it all to Jesus." And...I do. Those who know me well, know that I try to keep a low profile and give all the credit to Christ.

What did all of this have to do with Gordon's song? Plenty. With the signs of times as they are, I sense it in my spirit we are closer to his appearing than ever. I plan to mention some disturbing trends later on this week. I was really going to talk about Citibank today, the upcoming administration, GM and more...but I think this was the way today's post was meant to go. Back to my original thought: I'm thankful for the life God has given me. It's easy for me to become cynical and look at what I don't have and not look what he has "already" provided! So, if the Lord came back today, I've been blessed. Nothing in and of myself, purely by his grace! This world offers so much and delivers so little. I don't have my heart fixed on these things. Christmas too, is just another gluttonous feast for the masses. My heart is set on heaven. May it always be that way and I pray to the Father, I never forget it either. Even so, Lord Jesus, come quickly!
Posted by Randy Spradlin at 12:08 PM 1 comment: 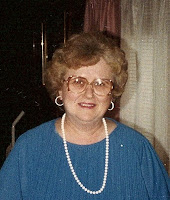 Although she left us for heaven in 2002, Mom's legacy lives on in our hearts. My brother Terry and I were brought to the Lord with Mom's help in 1973. Mom also prayed for our sister Julie to come to the Lord. Julie now lives and serves our Savior. I miss her very much. Sometimes I don't say much as it gets to me emotionally. However, my Lord knows that my heart misses her with each passing day. Well, there will be a coronation day. Someday when the Lord returns, we will all be reunited. I can only imagine what glories my mother is seeing in heaven. Although there are times I wish she could come back to me here, I know she is better off in heaven and wouldn't want to come back to this forsaken earth. I know she misses us too. So, even though you aren't physically here Mom, Happy Birthday! "I love you. I'll see you again." Those were the last words I spoke to her. I intend to keep my word on what I said. In will be a great day when we all will stand before our Lord, home for good! Amen.

PS- Sorry for the bad scan of her pic. My scanner has developed a mind of its own and is behaving like a rotten child at the moment. The spanking is on the way.
Posted by Randy Spradlin at 6:39 PM 1 comment:

Well, the election is over. I normally don't post anything of a political nature on my blog. It seems that you can talk about Jesus all day and no one is offended anymore. But, if you mention your favorite candidate, you'll get attacked from every side. Sad isn't it? Well, I'm going to keep this brief.

It does bother me that now we have a president-elect, and a House and a Congress that are Democrat controlled. I will say that whomever was elected I think our country is too far gone to be saved. You see, the scripture is true. Paul wrote to Timothy about the last days. I'm not an alarmist, but I can see it all around us.

We are commanded in scripture to pray for the leaders of this country. I'm not trying to be cynical, but I wonder how many liberals ever prayed for a conservative president? Only God knows. All I know is that I pray for whomever is in office. In these dark days that are ahead we should do just that. The good news is to follow. As the days grow darker, we are just getting closer to the coming of our Lord. Our hope must rest in the Lord. For whom else can we turn to? I think the answer in obvious. Well, the dust has settled. What is done is done. I'm not happy about it. But, let's do the biblical thing.

"I exhort therefore, that, first of all, supplications, prayers, intercessions,
and giving of thanks, be made for all men;
For kings, and for all that are in authority;
that we may lead a quiet and peaceable life in all godliness and honesty.
For this is good and acceptable in the sight of God our Saviour"
(I Timothy 2:1-3).

Paul our beloved apostle had it right. Even so come Lord Jesus.
Posted by Randy Spradlin at 8:25 AM 2 comments: