What In the World Is Going On? 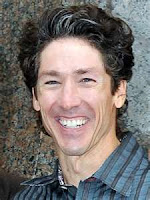 I've seriously neglected this blog for a very long time. As noted in earlier writings I know I don't have but a couple readers here and there. And that's quite okay. I mainly write for a few reasons. One: my absolute love for writing. Two: It's nice to look back and to see what I was thinking at that given moment in time. It also helps me correlate events with the dates the actions took place. So if anything, it's an outlet that I do enjoy. So, I'm going to try to do a better job of keeping this blog up to date. Recently I had to go through and revise some older posts and delete some as they are no longer relevant to my life anymore. I think I'll be hitting home many of the ideas I have. Being the conservative person I am I know some of my comments will rankle the liberals I've known in my life. But I know where I stand. And if anyone has a disagreement, they can start their own blog and write just as much as any of the rest of us do as well.

With all that is going on in this world, especially our country, it makes one wonder "What in the world is going on?" We are facing an election and really we don't have a good candidate to vote for. We either vote for the socialist and Muslim sympathizer, or we vote for the man who ciphers money to his cult in Salt Lake City. Then we have the Muslims using our freedoms to propagate their cause. It's outrageous that they will use our freedoms to push their intolerant beliefs. For if you don't agree with them, they believe they have a right to get us out of the way. We also have Cheshire cat smiling Joel Osteen back-peddling when he is asked if he believes that Jesus is the only way to heaven. He also squirms when asked about sin. Not even Fred Astaire could do the same dance moves old Smiley does when confronted with theological issues. I'd respect Osteen a lot more if he'd come right out and say "I'm a motivational speaker who happens to believe in God." But, for those of us who really believe in the Lord, we know that we must speak the "whole" truth. Joel can fill auditoriums because he "tickles the ears" of the listeners. If he really preached the truth, maybe the building wouldn't be as full. A long time ago someone told me, "Just because a person can fill up an auditorium doesn't necessarily mean God's blessing is upon them. Preachers and teachers are held to a higher standard.

Then we have good old Vice prez Biden that believes in same sex marriage. Zero is signing executive orders out the wazoo and people just look the other way. Sure, I'm going to be called a "doomsday" person. It's quite okay. But I do know when it's all said and done, I'm on the winning side. Also there are those that go to an Osteen type of church that says we should just talk about all the good, sweet and kind things. There are those that only want the "nice" Jesus. Well, you can't dissect the Lord. You either take all of what He said and done or you take none of it. Yes, I'm glad that the Lord loved us enough to die for us. But, He is holy too. There are some believers that don't even know that he made a whip of cords and drove out the money changers from the temple and said "You won't make my Father's house a den of thieves." This is the same Jesus that also rebuked the Pharisees calling them a "brood of vipers", "snakes", and "shiny white coffins that looked good but were full of dead men's bones."

In these latter days it's no wonder people are looking for ways of escape. They down more alcohol, smoke more doobies and give in to their base desires. They truly want to "escape." I do understand it. But, the only true answer is found in giving your life over to the Lord. We are in dark days. And I can only imagine they are going to get worse. I am not mad at the scoffers. Actually I feel sorry for them. They are rejecting the only thing that can save them from being eternally lost. Paul the apostle wrote, "Today is the day of salvation, now is the accepted time." My take on all of this is simple. If I am to go through some hard times I'd much rather go through it being in God's will than being outside of it. I've been both ways. The chastening hand of the Lord isn't easy but if it draws us closer to him and we clean up our acts, we have a way through all of this. I firmly believe the heat is being turned up. I know with whatever time the Lord gives me now, that I'm about my Father's business. Yes, there's a lot going on in this world. The bottom line will be: What did we do with Jesus Christ, the only begotten Son of God? Jesus did say that if you weren't for Him, you were against Him. There's no middle ground. Today we have choices we can make that can affect our future. I know when he returns, I want to be found faithful. What about you?
Posted by Randy Spradlin at 9:48 AM No comments: